PLEASE NOTE : In the case of bad weather conditions, departures may be planned at Douarnenez.  When travelling back, you may not arrive at the same port as your departure, a free shuttle will then take you the port of departure, so no worries you will get back to your vehicule. Just inform one of our staff on board that you’ll be using the shuttle.

You will have to transit by Quimper’s SNCF railway station to get to Audierne.

On your arrival at the railway station, you can either take a coach or a taxi to the harbour station. We do advise you to take a coach as taxi’s are expensive here in France.

You will have to transit by Quimper’s bus station to get to Audierne.
The bus station is at exactly the same place as the railway station.

The nearest airport is Quimper Cornouaille airport at Pluguffan.

From the airport, take a taxi or bus line 25 at « Aéroport-Aeroborzh » station to Quimper town centre, then take coach line 53 to Audierne. To get to the harbour station, take the bus or a taxi. 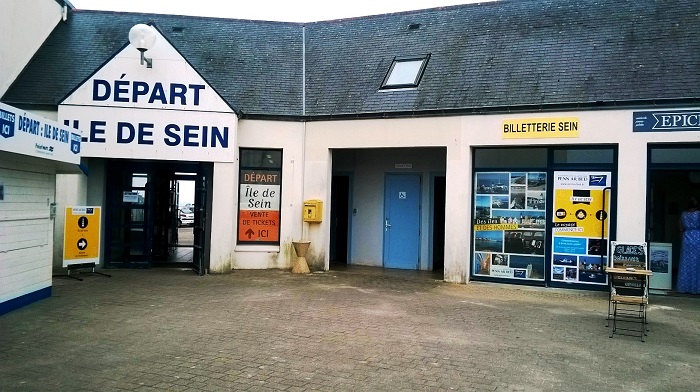 Sail every day of the year to Ushant, Molène and Sein : hospitality, professionalism and availability are our watchwords to ensure you an unforgettable travel experience to the islands !